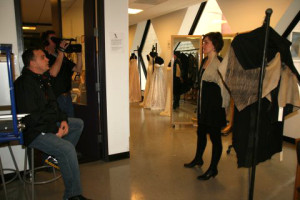 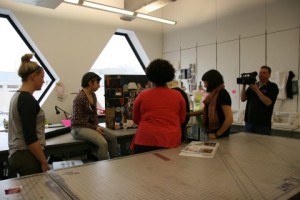 » View promo for reality based fashion show King on 34th.
» You can also read the article at Moore College of Art & Design website.

Camera crews for a fashion-based reality show made a pit-stop at Moore College of Art & Design Monday to film a segment with alumna Melissa D’Agostino ’02 and shoot footage of fashion students sewing and drawing in their studios.

King on 34th is a competition-based reality show centered around fashion and business icon J. Alexander Martin of FUBU and set in New York City on 34th Street. D’Agostino, who most recently served as the inaugural Designer-in-Residence for the Philadelphia Fashion Incubator at Macy’s Center City, was asked to serve as a consultant for the show.

Billed as “Project Runway meets The Apprentice,” King on 34th is built around 12 designers who will work in groups to compete in weekly challenges that lead to dramatic eliminations. The winner will get a cash prize, a full spread of their collection in a top fashion and style magazine, and a one-year job working with the J. Alexander Martin Collection in NYC. Production on the pilot episode begins next month. Shooting will take place in New York City and Los Angeles.

D’Agostino, owner of D’Agostino Fashion Textile Design, said she was approached to consult on the show by Philadelphia native Antonne Jones, the executive producer and creator, through his wife, one of her clients.

“I went through the scripts and gave him feedback about how each episode could have more meaning, bring more purpose to the show,” D’Agostino said. “I also gave advice about tools and supplies for the space on the show, including sewing machines. We kept things loose. It was still in the development phase. I had no expectations.”

Just recently, Jones asked if he could interview and shoot footage of D’Agostino in the fashion incubator space at Macy’s. But she suggested Moore instead.

“The only reason I was in the incubator program was because of Moore,” she said. “And it’s a show about young designers. To have students here….it’s a more vibrant experience.”

“We are very happy to have this opportunity to showcase our studios and our students,” she said.

D’Agostino graduated from Moore in 2002 with a major in fine arts and minor in textile design. Her cross-disciplinary education at Moore allowed her to easily transition from the field of fine arts and textiles to fashion design. Starting her business – D’Agostino Fashion Textile Design – in 2009, D’Agostino hand-dyes textiles employing traditional shibori dyeing techniques to create her custom garments and accessories. 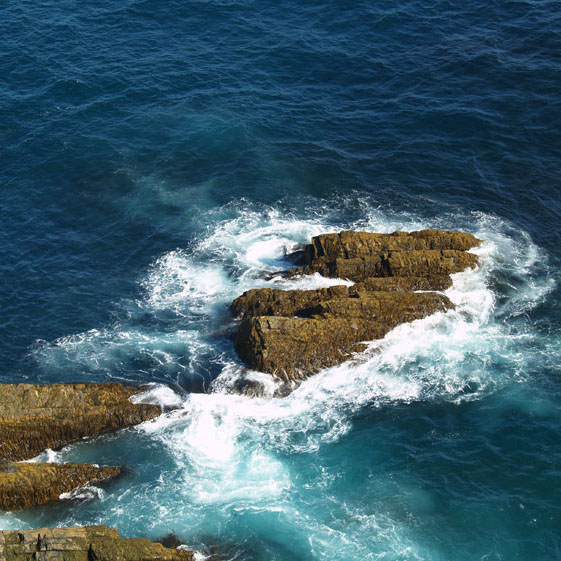