As a featured artist, on Sunday September 21st, 2014 Melissa D’Agostino debuted a site-specific textile installation during the Fairmount Water Works Fall Festival. Melissa D’Agostino regards the opportunity to further work with the Water Works Museum and Habitheque as a fitting platform to express the vital role water plays within her hand-dyed textiles. The consistent themes D’Agostino finds throughout the Water Works Museum are a focus on the physical exploration of the River, a dedication to protect the River, and a priority to preserve the museum building. These themes deeply inspired the conception and construction of “River Net” as a parallel interpretation expressing the incessant physical experience that the museum building, historically and currently, undergoes in its relation with the River. As a record of this relation, markings of the water levels are found coloring the outside perimeter of the building along the River’s edge, in addition to leaving dramatic and traumatic traces throughout the interior façade due to flooding. This natural record of time through (dis)coloration on the museum’s exterior is what D’Agostino refers to as “where the River has dyed the museum.” Expressing this notion became the purpose of the low impact creation of River Net. Working solely with repurposed materials gathered over time, including linen fabrics, fishing weights, and acrylic dowels, D’Agostino constructed a 24′ long tapestry by layering various weight materials to absorb the contents of the River and record the effects of natural forces over a two week period. Designed as a site specific installation, River Net first emerged from the River Doors through being strategically attached to the vestibule railing to dip directly into the River. In three consecutive stages, River Net has been lowered into the River to capture an ombré effect of color and time through absorbing the markings of the River upon the various staged panels. The work’s final state, for FLOW, involved being reinstalled stretched across dirt and grass to expose the effects of the entire dipping process and offer a tactile representation of the ebb and flow of our River. 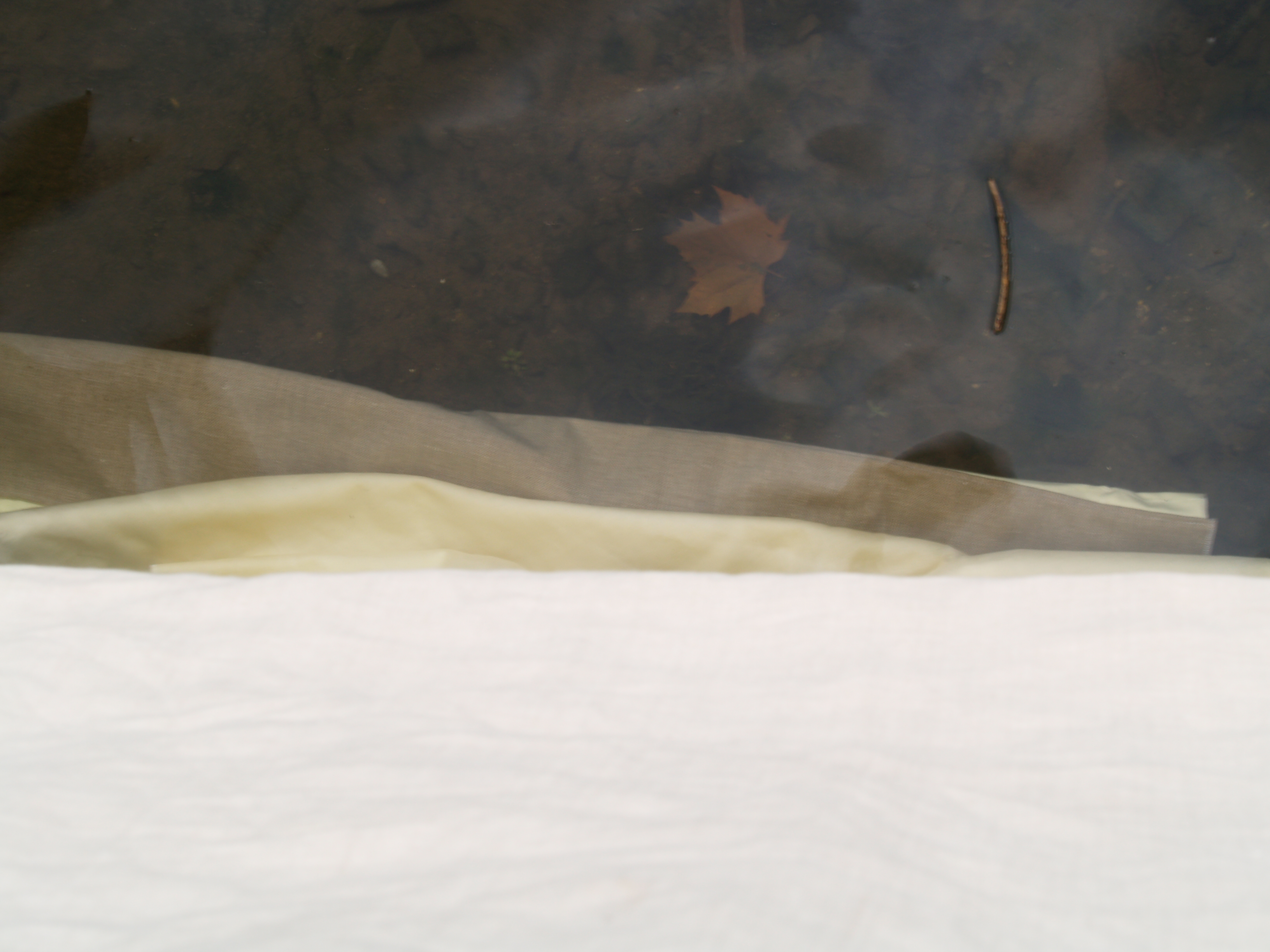 Melissa & Kevin were on-site September 21st for the duration of FLOW, they welcomed guests to the outdoor amphitheater from early in the day all the way through dusk, offering a chance to connect one on one with the landscape of the Fairmount Water Works. Each guest encountered River Net during various stages of dried permeation, directly experiencing the ephemeral reality of River Net. 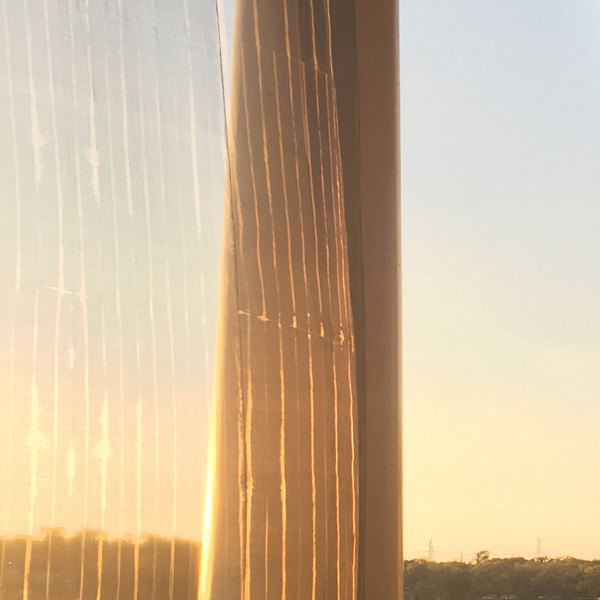